BANGKOK, THAILAND - Media OutReach - 19 December 2022 - The Miss Universe Organization today unveiled “The Crown Number 12: Force for Good”, crafted by world-renowned luxury jeweler Mouawad. The new crown, with pear-shaped blue sapphires surrounded by diamonds and valued at approximately USD 5.58 million, will be the prestigious mark of honor for the winner of the 71st MISS UNIVERSE® Competition. The event will take place on January 14, 2023, in New Orleans, Louisiana, United States.


A unique, bespoke work of art and craft, the Force for Good crown emanates Mouawad’s passion for crafting the extraordinary, featuring the meticulous setting of sapphires and diamonds, whose design is replete with symbolism. Reflecting the point that significant change does not happen in an instant, the base of the crown is set with diamonds symbolizing the status quo. From the base upwards, rippling wave motifs reflect the momentum of change, with their varying sizes portraying that this momentum gains ground gradually through advocacy at different moments and places, to audiences large and small, over time.


“It has been an honor to craft a new crown for The Miss Universe Organization, and to create a new sparkling chapter in the story of Mouawad Miss Universe crowns, said Mouawad Co-guardian Fred Mouawad. “The Mouawad Miss Universe Force for Good Crown is a work of extraordinary craftsmanship, completely crafted and set and by hand total 993 stones setting, featuring 110.83 carat of blue sapphire and 48.24 carat of white diamond in a design that evokes The Miss Universe Organization’s belief in a future forged by women who push the limits of what’s possible and the incredible women from around the world who advocate for positive change.”

Upon closer inspection, the culmination of these wave-like curls at the base emulates a serpent’s head, symbolizing the challenges involved in swaying opponents and those with a vested interest in maintaining the status quo. As the eye moves upward from the base of the crown, the color gradient changes from the glistening white of diamonds to the warm blue of sapphires, deepening in intensity toward the pinnacle of the crown. At the top, a stunning of Royal Blue sapphire pear-shape 45.14 carat displays a depth of color emblematic of the goodness that can be achieved through persistent action and of the hope for a brighter future.


Anne Jakapong Jakrajutatip, Chief Executive Officer of JKN Global Group Public Company Limited, as the new owner of The Miss Universe Organization, said: “The Miss Universe 2022 Force for Good Crown stands for a graceful reincarnation of The Miss Universe Organization’s long-standing values and heritage as a guiding light, shining bright to the future glory. The new crown is also the dazzling illustration of both the challenges and rewards that come when young women advocate for causes close to their heart and strive make an impact on the world.”

“As we are stepping into the new era of women’s empowerment, The Miss Universe Organization will continue to be a global organization run by women for women with a promise to serve as an inspirational platform that celebrates diverse women, supporting them to realize their ambition and build self-confidence, while evolving the brand over time to be more relevant and appealing to the next generation. Our new ambition is to instill the sense of passion for ‘transformational leadership’ among us all, with firm belief that everyone can lead, to be successful and achieve their life goals. With this future-oriented approach, the Miss Universe brand is keen to take on a pivotal role in involving and engaging people on a journey toward social inclusion, gender equality and environmental sustainability,” added Anne Jakapong.

The partnership between The Miss Universe Organization and Mouawad was formed in 2019, which saw winners of a prestigious competition, MISS UNIVERSE® honored with crowns crafted by Mouawad.

Anne Jakapong Jakrajutatip said she was excited to bring the new crown to the stage of the 71st MISS UNIVERSE® Competition herself. The event will take place on Saturday, January 14, 2023, at the New Orleans Ernest N. Morial Convention Center, New Orleans, Louisiana, United States. Last year's winner Miss India Harnaaz Sandhu will crown her successor at the end of the event. 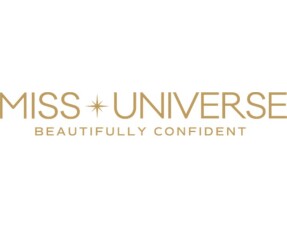