‘Bé Cơ’ from Vietnam crown the Champion and ‘ 凱琪K7 ’ from Taiwan took home the runner-up award for Philips Gaming Monitors exclusively for Gamers.

BANGKOK, THAILAND - Media OutReach - 15 December 2022 - The grand finale has come to an end for the battle of Glory, PUBG UNDERGROUNDS in the battle of 'Philips Evnia Games 2022' finals. As a result, Bé Cơ from Vietnam defeated 凱琪K7 from Taiwan to claim the title and receive state-of-the-art Philips Gaming Monitors just for gamers.

This tournament promotes the diversity of gamers and the joy of gaming under Evnia's tagline of "Reinvent the rules", providing the gamers of today with the gaming monitors that they need to get the most enjoyment out of every gaming session. Evnia represents a newly launched range of premium Philips Gaming Monitors that prioritizes the emotional benefits of gamers in addition to exceptional performance.

Evnia monitors are equipped with powerful features that provide gamers everything they need to perform at their best, including fast response times and refresh rates of up to 0.1ms and 240hz respectively, ultra-low input lag, and Adaptive-Sync technology. These gameplay driven features are further supported by stunning visuals, with features including premium grade panels ranging from VA to QD OLED, Mega Infinity DCR, and SmartImage.

The range's sophisticated design will also fit every environment, being a perfect addition to the furnishing of a casual gamer lounge or a proper PC gaming set-up. Users will feel at ease with the convenience of USB-C and KVM ports, the immersive quality of Ambiglow lights, and the ergonomics of the height-adjustable stand.

Join us in the new era of gaming.

About Philips Monitors
Philips was founded as far back as 1891 in the Netherlands, and has since engaged in more than a century of innovation and entrepreneurship.

Thanks to the company developing timeless business values, Philips has become one of the most highly recognized and trusted brands in the world today. This comes from a tradition of caring about people's needs, innovating based on ever-changing insights, and working to make a positive change in people's lives – traditions as meaningful now as they were in the company's beginnings.

Philips monitors stand for excellent picture quality, and providing innovative solutions to problems people really care about. To reflect this Philips commitment, Philips has created the slogan: 'Innovation and You'. – See more at 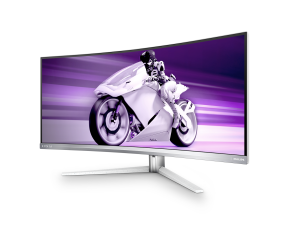 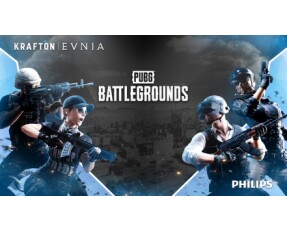