TAIPEI, TAIWAN - Media OutReach - 7 October 2022 - The multi-IPs blockchain game PetaRush today announced its collaboration with Blue-Chip NFT project Demi-Human NFT. The collaboration between the two projects significantly expands the possibilities of the Web3 multi-IPs gaming ecosystem. In October, Demi-Holim NFT holders will be able to trade into a gaming-specific Demi-Holim Peta NFT for free on the Web3 gaming platform METASENS and experience the joy of racing with other IPs' characters in the game.


PetaRush is an animal racing game with cross-IP breeding and cross-chain empowerment functions. It features a visual cyberpunk style and players are immersed in a sci-fi setting where they compete against their opponents on Mars. It is funded by Hong Kong-listed Imperium Technology Group. PetaRush has developed the world's first game character NFT with its own BGM. It completed two closed beta tests and became an overnight sensation across Southeast Asia. By collaborating with Demi-Human NFT, PetaRush is now realising the future of blockchain game breeding across multiple IPs.


During the game, players do not have to determine the running direction, but only strategically use the skills to reduce physical consumption, increase running speed, and disrupt the opponents and to win the championship. Players can improve the value of the Petas, the game characters, through "Skill Development" and "Character Development" functions to increase the advantages in the competition. If the player wins the race, he or she can get PT coupons equivalent to USDT as a reward and enjoy the Win to Earn Web3 game.

Demi-Human NFT is one of the very few Blue-Chip NFT projects in Asia, and the most active NFT community in Taiwan. Its online and offline community activities often attract hundreds of members to participate in. The Demi-Human NFT community has successfully attracted members from various backgrounds. At the time of the first sale, 10,000 NFTs were quickly sold out, and the price on OpenSea once increased more than 6 times. The way Demi-Human NFT runs its community is what many NFT projects have as a model.

For this collaboration, PetaRush provided the specifications for modelling Demi-Holim NFT. Subsequently, the Demi-Holim NFT team designers created the NFT figure with 10 models of 5 monkeys, 2 cats, 2 lions, and 1 dog according to the specifications. Each shape contains 6 parts that can be combined with each other. This created 3,344 randomly generated 3D versions of Demi-Holim NFTs for the game. Players who hold Demi-Holim NFT can get certified on the Web3 game platform METASENS, and claim a gaming NFT issued on the Binance chain for free, without freezing the rights and interests of the original NFT on Ethereum, and complete the transfer from Ethereum with "Cross-Chain Empowerment".

The producer of PetaRush gameplay, Rhine Tan, stated, "The ideal of blockchain games is to have different IPs interact within the same framework. We have already achieved this goal. Next stage, we will realise cross-IPs breeding so that blockchain games can have more imagination and possibilities."

Gene Huang, Co-founder of Demi-Human NFT, stated, "Demi-Human NFT's IP has been collaborating with various brands to expand the Demiverse ecology. This is very epochal to create a new example of blockchain games with PetaRush. We look forward to the future cross-breeding function. Let's see how the two IPs can breed and what can be born."

Chen Yourong, vice president of METASENS, stated, "We are honoured to contribute to this collaboration, and look forward to more game IPs or game publishers joining the PetaRush ecosystem, racing on Mars with more NFT projects in the future."

PetaRush has now opened a worldwide demo test. Even players without NFT can try the game for free. The game allows players to create a room and race with friends, earn rewards via airdrop, and receive various benefits given out by the gaming organiser. 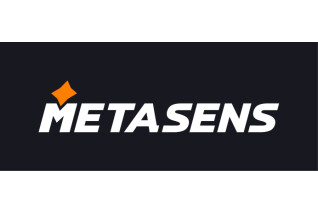 About METASENS
METASENS is a Web3 gaming platform funded by Hong Kong-listed Imperium Technology Group. It owns a Web3 gaming platform, an NFT marketplace, and a variety of blockchain games, with the governance token MSU along with the game token to build a sustainable token-economic ecosystem. METASENS team also provides technical support and guidance for blockchain game development and promotion. METASENS aims to provide an open GameFi platform and build a Universal Amusement Park for players worldwide. 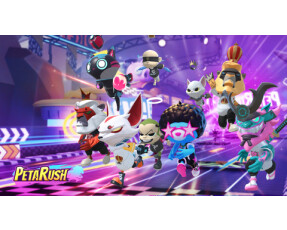 Bear market does not slow down PetaRush: a new win-to-earn GameFi, NFT sold out immediately 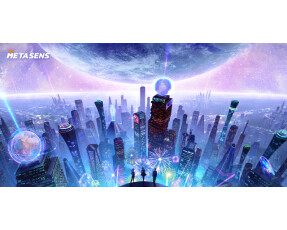