SINGAPORE - Media OutReach - 19 October 2022 - The Munich-based indie haircare company ikoo is sold to the Hongkong-based parent company Whealthfields in the course of a corporate takeover.

After the self-financed founding of the company and the successful development of an international distribution network, the intended exit is now taking place. The founding team around Christopher and Katrin von Hallwyl is pleased about this successful transaction and the fact that the ikoo brand will continue to grow as part of the portfolio integration at Whealthfields. "With the financial, marketing and supply chain power and the international positioning of the Whealthfields Group, as well as the defined M&A approach to add further brands to the portfolio, we as founders and scaling experienced managers can leverage synergies and also help further brands to be acquired to achieve significant growth under the Whealthfields Holding umbrella, explains Christopher von Hallwyl, Co-Founder and Managing Director of ikoo who founded ikoo together with his wife Katrin. She is also looking forward to working under the Whealthfields Holding umbrella: "We bring expertise in product groups, innovations and categories that have not previously been part of the Whealthfields Holding portfolio, but which are characterized by strong growth prospects.

The openness to investment and the strong desire for entrepreneurial growth on the part of Whealthfields Holdings management were the decision drivers for the partnership, he said. Christopher's and Katrin's dynamism, innovation, and technology know-how as well as their access to internationally relevant distribution channels and their strong network of experts and decision-makers were decisive for Whealthfields to make this acquisition. Christopher and Katrin also bring a great network and contacts to founders who are interested in selling their company.

Prior to founding ikoo, Christopher held various executive roles at international companies, while Katrin spent 10 years responsible for building a market-leading provider of aircraft interiors. The parties have agreed not to disclose the details of the transaction or the purchase price. All employees and managers involved will remain part of the company and will contribute to the further growth of the company. 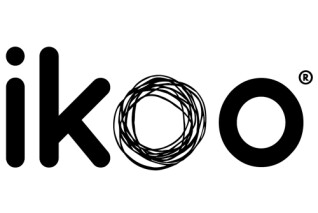 About ikoo:
Since its founding in 2013, ikoo has grown to become a fast and profitable growing independent haircare brand in the APAC, GCC and U.S. regions and is the only independent brand of scale that sits at the intersection of professional, prestige retail and digital channels. ikoo's clean, PETA certified and highly effective award-winning portfolio of haircare products and styling-tools has earned the brand numerous accolades, including No.1 rank at the UK Hair Awards and Nr. 2 indie partner brand at Beauty Systems Group. Through its commitment to professional-quality products and an inclusive Female-First ethos, ikoo has built a passionate and diverse community of consumers and salon professionals. Today, due to its successful omni-channel strategy, ikoo is sold at premium retailers such as Sephora and JCPenny, in the e-tail segment at customers such as Tmall and Boutiqaat, and on direct channels such as Amazon and ikoohair.com, with the brand being particularly strong in the U.S., China and the Middle East. Key innovations include scalp exfoliators and serums, IP-protected styling tools, each of which include complete routines of shampoos, conditioners, masks, and styling products. For more information on ikoo, visit ikoohair.com