SINGAPORE - Media OutReach - 14 October 2021 - CFA Institute, the global association of investment professionals, today releases results from a survey conducted on the career outlook of more than 15,000 current university students and recent graduates aged 18 – 25 years old from 15 markets, including Australia, Hong Kong SAR, India, Japan, and Singapore in the Asia Pacific region. The results find that globally, 58 percent of respondents still feel confident about their future career prospects in the wake of the COVID-19 pandemic.

The findings also indicate that traditionally stable fields, such as finance, remain attractive for graduates navigating these uncertain times. In fact, respondents across all 15 markets ranked finance as one of the top five most valuable majors for finding a career. Overall, graduates felt that medicine/science was most stable and attractive, followed by healthcare and education.

Nick Pollard, Managing Director, Asia Pacific, at CFA Institute, said, "Graduating and starting a career amid the COVID-19 pandemic requires a mindset shift to be workforce-ready. While some graduates don't feel prepared or willing to jump into the job market where it's currently at, others, ironically, are going to be better suited to the new normal of hybrid workplaces, video conferencing, remote working and flexible hours. With a job market that will likely remain somewhat distorted for the foreseeable future, it is clear there is value in developing skillsets that are adaptable, flexible, and ready to pivot at any time."

Graduates have a positive outlook overall, despite the COVID-19 pandemic causing them to reassess their career paths.

Despite this overall confidence, nearly half (45 percent) of the Asia Pacific respondents reported they are reassessing their career paths in light of the pandemic — their top concerns now include feeling underqualified for the job they want (24 percent); low pay in their preferred sector (23 percent), wage reductions as a result of the pandemic (22 percent) and lack of jobs in their preferred sector (22 percent). 46 percent of respondents in Asia Pacific said their perceptions on career prospects, desires and expectations have changed since the pandemic outbreak, and 41 percent of respondents said they have had to reassess the sector they want to go into after the pandemic.

Further education is key in the volatile job market

Another primary concern for students is developing work-related skills during degree programs and after graduating. Those surveyed in Asia Pacific shared personal insecurities about this, with one in five respondents (20 percent) saying they feel the lack of career progression in their preferred sector and that they do not feel ready for the working world.

This is causing a significant uptake of further studies, with more than 40 percent (42 percent) of graduates planning to prolong their time in education. In Singapore, 38 percent of respondents indicated plans to do so until the job market recovers.

"As more students and recent graduates choose to further their studies, the pandemic may end up yielding a more highly skilled workforce. Alongside public and private sector efforts to nurture strong financial talents in Singapore, especially amongst individuals who can help build capacity in FinTech and Environmental, Social, and Governance, as well as experienced wealth managers, the preference for further education bodes well. To meet this demand, higher education and credentialing institutions need to ensure their offerings can help graduates enhance their professional skills and boost their job prospects," Pollard said.

Working in an industry that makes a positive societal and environmental contribution ranks very important to recent graduates, with 84 percent of respondents in Asia Pacific saying it's an important part of their career choice. Worryingly, only 9 percent of respondents see being an investment professional as a career in which they could make positive environmental and societal impact. This finding shows that, to retain talent, the sector must do more to educate students around the positive impact they could have by a career in investment.

The research, conducted by Censuswide, surveyed 15,186 students studying for a bachelor's degree or higher, or have graduated with a bachelor's or higher within the last 3 years. The respondents were from the UK, US, Canada, India, Australia, Singapore, Hong Kong, UAE, Germany, South Africa, Spain, France, Brazil and Mexico. The full results of the Graduate Outlook survey can be viewed here. For further information, please contact [email protected].

Censuswide is an international market research consultancy headquartered in Clerkenwell, London. Our dedicated and passionate teams are expert across various areas, including healthcare, corporate, international and consumer research. Over the years we have partnered with insights, communication and marketing teams in the world's most respected companies. At the heart of our business is our clients and we pride ourselves on our care. Our dedicated account managers provide expert consultancy through a project's various stages and we work closely with clients to understand their challenges. 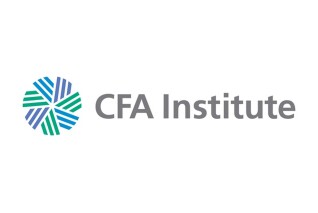 CFA Institute is the global association of investment professionals that sets the standard for professional excellence and credentials. The organization is a champion of ethical behavior in investment markets and a respected source of knowledge in the global financial community. Our aim is to create an environment where investors' interests come first, markets function at their best, and economies grow. There are more than 175,000 CFA charterholders worldwide in 160 markets. CFA Institute has nine offices worldwide and there are 160 local societies. For more information, visit 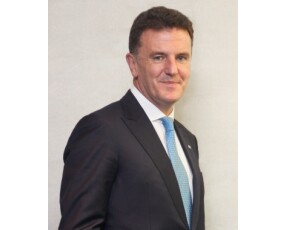