Rocket Academy has developed two courses to date: Coding Basics, an introductory course for beginners to learn the basics of coding; and Software Engineering Bootcamp (SEB), which prepares students for a career in software engineering. All course material is pre-recorded for students to review and complete at their own pace. Rocket Academy holds regular live classes over Zoom for students to clarify concepts with instructors, apply learning in pair exercises and network with classmates. Classes are online allowing greater flexibility and efficiency, and the course platform allows high levels of engagement between students and teachers.

Kai Yuan Neo, Founder and CEO at Rocket Academy commented: "There is a mounting global talent shortage of developers around the world. As of December 2020 this amounted to 40 million developers worldwide. By 2030, that is expected to reach 85.2 million. Not only this but companies worldwide risk losing $8.4 trillion in revenue because of the lack of skilled talent. Rocket Academy exists to solve this equation and we are on a mission to scale further and faster."

"Getting our students good jobs is our top priority. The better jobs our students get, the stronger our alumni network becomes, which enables us to find better jobs for future students," said Kai Yuan Neo. "Over the past months the demand for our SEB graduates from businesses has doubled. So far we have successfully placed all SEB graduates. We are so confident that our SEB graduates will find coding jobs that we will refund their fees if they still cannot find a job 6 months after graduation."

Although Rocket Academy is a small start-up, it has lofty ambitions – to train and supply the best software engineers in the region. Rocket Academy will invest its pre-seed funding in two key areas. First, further developing its flagship products, Coding Basics and Software Engineering Bootcamp courses. This involves strengthening course curriculum and improving the learning platform to boost the student experience. Second, expanding to new markets, specifically Hong Kong and Australia in the short term, other Southeast Asian markets in the medium term, and then globally in the long term.

To succeed, Rocket Academy will need the best software engineering and education talents to craft its student experience. The company prides itself on a work environment with highest-calibre peers, transparent company progress, decentralised decision making, and flexible work arrangements. Rocket Academy is actively hiring and targets to double its headcount by end 2021.

"Over the past 3 months we have seen a 10-fold increase in demand for our Coding Basics course and a 4-fold increase in demand for our SEB course. We are regularly in touch with businesses to understand technical skills that software engineers need. This allows us to refine our curriculum to make it relevant and appropriate for students looking for rewarding software engineering careers," added Kai Yuan Neo.

"Rocket Academy is exactly what Singapore needs now. To get good middle-class jobs, young Singaporeans need to be globally competitive in the digital space. Rocket Academy provides these critical skills. This initiative couldn't be more timely!" said Kishore Mahbubani, Former Singapore Ambassador to the UN and angel investor in Rocket Academy's pre-seed round.

The following are notable business angels who participated in Rocket Academy's pre-seed round. Some chose not to be listed. 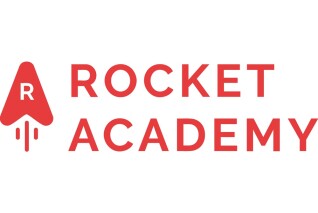 The XA Network was founded in 2018 as an investment network comprising senior executives from leading global and regional technology companies. Our purpose is to foster inclusive innovation by empowering the tech community in Southeast Asia.

XA focuses on early-stage investments. Founders value our members' distinguished backgrounds as entrepreneurs and senior business builders. Furthermore, our portfolio companies are able to tap into the collective power of deep-rooted networks and expertise across business strategy, product development, and fundraising. XA has invested in a wide variety of sectors and over 30 companies since 2018, including Spenmo, Neuron, Sampingan, Intellect, and Bukukas. XA Network is also an LP in Vertex Southeast Asia and India's latest fund. For more information, please visit