SINGAPORE - Media OutReach - 28 May 2021 - Chubb today announced three leadership appointments for the company's Asia Pacific business. All appointments will be effective from 1 July 2021:

Edward Ler, currently Country President for Chubb's general insurance business in Korea, has been appointed to the position of Head of Southeast Asia.  Mr. Ler will be responsible for the general management and business results in the six countries of Indonesia, Malaysia, Philippines, Singapore, Thailand and Vietnam. He replaces Glen Browne, who was recently appointed as Division President - Consumer Lines, Asia Pacific.

Mr. Ler joined Chubb in 2013 as Senior Vice President and Regional Head of Personal Lines, which includes oversight for Motor, Residential, High Net Worth and Specialty Personal Lines. During 2014-2016, in addition to his business leadership role, he was concurrently President Director for Chubb in Indonesia. Mr. Ler's 18-year career in the insurance industry spans a variety of managerial roles covering the Asia Pacific, the Middle East and European markets. In his new capacity, Mr. Ler will relocate to Singapore and continue to report to Paul McNamee, Chubb's Regional President for Asia Pacific.

Mr. Kopp joined Chubb in 2012.  He has more than 25 years of experience in the financial services industry and a strong track record of building sustainable, profitable businesses across Asia.  He has a breadth of knowledge in distribution, product development, underwriting, channel management, and a deep understanding of the Korean market. Prior to joining Chubb, Mr. Kopp held several leadership roles with some leading institutions in banking and insurance.  He will continue to report to Mr. McNamee in his new capacity.

Ben Howell, currently Deputy Regional Head of Accident & Health will replace Mr. Kopp as Chubb's Regional Head of Accident & Health, Asia Pacific. In his new role, Mr. Howell will be responsible for the management and development of the accident, health and travel insurance business in the region. He will continue to be based in Singapore and report to Mr. Browne, in the latter's new role as Division President - Consumer Lines, Asia Pacific.

Mr. Howell has deep experience across both commercial and consumer insurance, with underwriting, product development, partnership and distribution management expertise spanning diverse product classes. During his 19-year career in Asia and Australia, he has built businesses, successfully grown and improved existing businesses and led strategy, teams and portfolios across multiple countries and territories. Mr. Howell commenced his career with the company in Australia, then known as ACE, in 2002 before re-joining in 2016.

According to Mr. McNamee, "In Asia Pacific, we have a deep pool of talented executives as reflected by the appointments of Edward, Ed and Ben. Edward is a highly experienced insurance professional with a strong track record of success which will be critical to achieve our growth plans for Southeast Asia. Korea is strategically vital to our ambitions, particularly in the consumer business, and we are fortunate to have Ed return to lead our operations there during such an important phase in our expansion. Ben is a true professional and proven leader, ideal for such an important role as the Regional Head of Accident & Health. I have every confidence in his abilities and skills to drive sustained growth and profitability in this business." 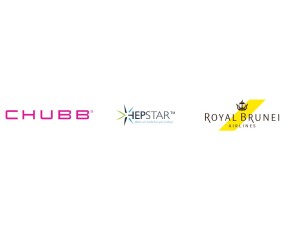