·         Average increase in revenue as a result of IoT initiatives is 15.6 percent, while market leaders in IoT see revenue increase of 64 percent

Tata Consultancy Services (TCS), (BSE: 532540, NSE: TCS) a leading global IT services, consulting and business solutions organisation, has launched a major new global study looking at the impact of IoT technologies across a wide range of industry sectors around the world.

The TCS Global Trend study on IoT, which surveyed 795 executives from large multi-nationals, identifies the huge potential for revenue increases from IoT, while also highlighting the significant challenges that lie ahead for businesses transitioning to the new model.

Commenting on the study, Natarajan Chandrasekaran, CEO and MD of TCS, said: "The age of IoT is well underway. The question is, whether businesses are ready to realize the full potential of this technology. Our latest global trend study found that leaders in using IoT technologies are using it to completely re-imagine their businesses by changing every aspect of them from business models and products to business processes and workplaces."

He added: "Now is the time for every leader in every industry to reimagine the possibilities for their businesses in a world of smart, connected 'things'."

A significant opportunity for revenue growth through IoT

Across the board, those companies investing in IoT are reporting significant revenue increases as a result of IoT initiatives with an average increase of 15.6 percent in 2014. Almost one in ten (9 percent) saw a rise of at least 30 percent in revenue.

Company executives still see the IoT as a growing area for businesses, with 12 percent identifying a planned spend of $100m in 2015 and 3 percent looking to invest a minimum of $1bn among the 795 companies surveyed. The report also shows that companies predict their IoT budgets to continue increasing year-on-year, with spending expected to grow by 20 percent by 2018 to $103m.

Companies at the very forefront of this drive for innovation through IoT have seen the biggest benefits from their investments. The top eight percent of respondents, based on ROI from IoT, report a staggering 64 percent average revenue gain in 2014 as a direct result of these investments. Currently the biggest business impact is that companies can offer their customers more bespoke products and services, yet by 2020 this will convert from marketing functions to increased sales, through adding considerable value to the customer.

This is reflected in the finding that the most frequent use of IoT technologies by companies is tracking customers through mobile apps, used by almost half of all businesses (47 percent). More than half (50.8 percent) of IoT leaders admit to investing in IoT to track their products and how these were performing, whereas this is only the case with 16.1 percent of the respondents with the lowest ROI from IoT.

Culture is the number one issue holding companies back

Despite the encouraging data on IoT investment and its impact on revenue growth, the report also revealed that major challenges remain in realising the promise of IoT for businesses across all sectors. The report found that the three biggest factors holding companies back were:

I. Corporate culture: Respondents identified the ability to get employees to change the way they think about customers, products and processes was a major barrier;

II. Leadership: Having top executives who believe in IoT and are willing to invest time and resources is critical;

Healthcare lags Industrial Manufacturing which stands out for IoT success

The Healthcare sector has been hailed as having the greatest potential to benefit from the IoT, but remains one of the most underdeveloped industries due to regulatory restrictions and data security concerns that currently hinder innovation. The sector plans to spend just 0.3 percent of revenue in 2015, but will be increasing this investment by at least 30 percent by 2018. The healthcare market driven by the IoT is predicted to be worth $117bn by 2020[1].

In contrast, executives in the Industrial Manufacturing sector are reporting the largest increase in revenue from IoT, with an average 28.5 percent, followed by Financial Services (17.7 percent) and Media & Entertainment (17.4 percent). The Automotive industry has the lowest revenue gain with just a 9.9 percent increase.

The report, which looks at trends across 13 key industries, found that large-scale investment in IoT infrastructure and monitoring is not confined to those in Manufacturing, however, with the Travel, Transportation and Hospitality sectors planning to spend 0.6 percent of revenue this year. Media and Entertainment companies will spend 0.57 percent of their revenue on IoT in this year -- significantly more than the 0.4 percent average and the 0.44 percent spend in Banking and Financial Services.

Revenue increases are also being enjoyed globally with all regions reporting double-digit growth in 2014, but US firms are reporting the largest gains of 18.8 percent, up from the previous year. In revenue terms, Asia Pacific is seeing a 14.1 percent increase, while Europe as a whole reports a 12.9 percent increase and Latin America an impressive 18.3 percent growth. In 2015, firms in Asia Pacific plan to spend $63.1 million on average, with Australian firms leading the charge ($80.6 million on average), ahead of Japan ($70.9 million) and the India ($24.6 million).

About Tata Consultancy Services Ltd. (TCS) Tata Consultancy Services is an IT services, consulting and business solutions organization that delivers real results to global business, ensuring a level of certainty no other firm can match. TCS offers a consulting-led, integrated portfolio of IT, BPS,infrastructure, engineering and assurance services. This is delivered through its unique Global Network Delivery Model™, recognized as the benchmark of excellence in software development. A part of the Tata group, India’s largest industrial conglomerate, TCS has over 324,000 of the world’s best-trained consultants in 46 countries. The company generated consolidated revenues of US $15.5 billion for year ended March 31, 2015 and is listed on the National Stock Exchange and Bombay Stock Exchange in India. For more information, visit us at www.tcs.com. To stay up-to-date on TCS news in North America, follow @TCS_NA. For TCS global news, follow @TCS_News. Subscribe to an RSS Feed of TCS Press Releases.
发行人全权负责对本公告的内容
来源： 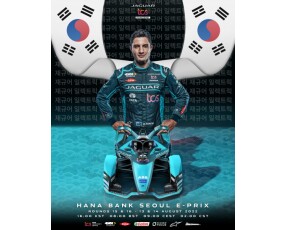