The IDO will offer community members the opportunity to stake a total of 75 million tokens, representing 7.5 percent of the total supply of one billion tokens. The starting price is set at $0.50.

"The IDO is a once-in-a-lifetime opportunity to appreciate our community's unconditional support," said YGG SEA Co-founder Irene Umar. "We are where we are because of the community and we would like the community to own a piece of YGG SEA through the IDO."

As the governance token of YGG SEA, $SEA gives community members the right to vote on governance proposals, ecosystem reward allocations, most desired features and reward models that reflect local needs, and whitelist opportunities for both non-GameFi/GameFi non-fungible tokens (NFTs).

The Token Launch Auction on Copper allows for real-time price discovery, open and permission-less participation, and fair distribution of tokens. It disincentivises front-running bots and whales to get the $SEA token into the hands of as many participants as possible, a commitment the guild takes to provide a fair and transparent playing field for everyone who wants to participate in the IDO.

In YGG Ecosystem, the goal is not just to onboard players as scholars; but to also be the bridge that brings the Web2 community into Web3 space through GameFi. It has been aggressively onboarding scholars through heavy localisation and a grassroots level approach in each country.

Invested in 76 projects, it has already offered 10,000 players scholarships since November 2021, which is a revenue-sharing program lending YGG SEA's game assets such as NFTs to players who cannot afford them to start playing play-to-earn (P2E) games. Players, in turn, share a fraction of the in-game rewards with YGG SEA.

This presents an economic opportunity by onboarding more people to blockchain across Southeast Asia which will help local players to benefit financially from P2E game model.

Players can participate in the YGG SEA scholarship by joining the guild's Discord channel, and the program provides training, mentorship, and a plethora of other benefits.

With offices in Malaysia, Indonesia, Thailand, and Vietnam, it plans to expand into three additional countries within six months, with ambition to achieve complete SEA coverage by 2024.

Evan Spytma, CEO and Co-Founder of YGG SEA said, "The demand for P2E games is higher than ever, especially in ASEAN countries. The new partnership with Solana Ventures will give YGG SEA a boost in offering the best resources to players and developers in Southeast Asia."

YGG SEA had earlier secured $15 million across two different private funding rounds which the proceeds will be used to boost the adoption of play-to-earn gaming in ASEAN countries.

While the initial round was led by YGG and Infinity Ventures Crypto (IVC), the follow-up round saw participation from notable marquee investors headlining by Crypto.com Capital, Animoca Brands, Polygon, United Overseas Bank (UOB) Venture Management, and others. 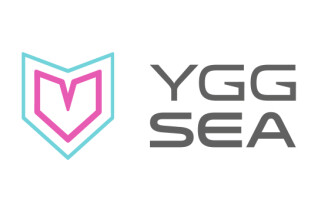 YGG SEA, the first subDAO of Yield Guild Games, is a decentralized autonomous organization for acquiring and managing NFTs used in the metaverse. Its mission is to create the biggest and most sustainable play-to-earn virtual economy in Southeast Asia. YGG SEA is a founding member of the Asia Blockchain Gaming Alliance.