VIENTIANE, LAOS - Media OutReach - 1 December 2022 - Laos has recently been in the global spotlight for being featured in the prestigious National Geographic magazine as one of the best places to 'slow travel' in 2023. It has also been selected by Wanderlust, UK's leading independent travel magazine, among the 20 best places to visit in January 2023.


Alongside its surreal natural beauty with mountains and mighty rivers, the country is also home to three UNESCO World Heritage sites that were awarded this high honor for having "universal value to cultural or natural heritage". Here are the three places which you absolutely must visit when you are in Laos.

1. The Town of Luang Prabang: According to the World Heritage Convention at UNESCO Luang Prabang is, "an outstanding example of the fusion of traditional architecture and Lao urban structures with those built by the European colonial authorities in the 19th and 20th centuries." Situated next to the Mekong river, the town is incredibly well preserved and is home to majestic temples, caves, and waterfalls as well as a lively night market, contemporary restaurants, cafes, and hotels.

2. Vat Phou: The Vat Phou temple complex is over a thousand years old and was a part of the Khmer empire that was predominant in Southeast Asia between the 10th and 14th centuries. Built to represent the relationship between humankind and nature, the temple flawlessly blends with its surroundings. It was built using an axis that perfectly aligns the temples, shrines, and waterworks extending over 10 km with Mount Phou Kao and the Mekong river.

3. The Plain of Jars: Located in northeastern Laos, the Plain of Jars stands on a plateau and gets its name from thousands of tubular-shaped megalithic stone jars used for funerary practices by an unknown civilization. Excavation of the site has turned up stone jar lids, secondary burials, tombstones, quarries, and funerary objects dating from 500 BCE to 500 CE and is one of the most lasting artifacts of the Iron Age in Laos.

Learn more about Lao culture and places to visit at the Lao Simply Beautiful Facebook Page. 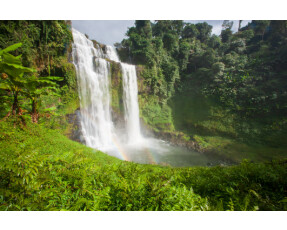 Six Wonders You Must See in Laos 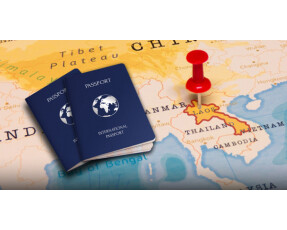 Visiting Laos Is Simply Easier Than Ever