TOKYO, JAPAN - Media OutReach - 10 May 2021 - Early-stage venture capital firms Infinity Ventures in Asia and e.ventures in the US and Europe will be rebranding together as Headline. For the last 10 years, the two funds have helped one another on a deal-by-deal basis, including building digital coupon company, Groupon Japan from the ground up, establishing fashion e-commerce site Farfetch in Japan, and investing in Yeahka, China's largest QR code aggregator which went IPO in Hong Kong in 2019.

The relationship between Infinity Ventures and e.ventures has been mutually beneficial. Each generation of fund has had some winners from this association. The greatest lesson we have learned from our decade-long relationship is that with the aid of global, cross-regional knowledge, we have been able to catch the wave on new internet trends rising in one part of the world, and riding it out to another.

"What we'll gain from further collaboration is we will have access to more global data and trends. With our shared network of information, we'll have more rapid and more efficient insight into internet tech trends happening around the globe and that is what's going to make us better VCs," Headline co-founder Akio Tanaka says, "The world is becoming more connected, ideas from one part of the world to another travel much, much faster today. There is no such thing as purely regional deals anymore. Every regional deal in the future will have an international angle. For VCs to find winners early, and opportunities that scale, you need international intelligence. That's what we have had so far working with e.ventures, and that's what we're betting on further with Headline."

"I am so excited about this new chapter in our relationship. Our technology, our team, and our global vision combine to fuel our founders with resources at every stage of their companies' lifecycles," says co-founder of Headline Mathias Schilling.

Moving forward, Infinity Venture's existing offices in Beijing, Taipei, and Tokyo will be known as Headline Asia. Headline will also have offices in San Francisco, Berlin, Paris, and São Paulo. 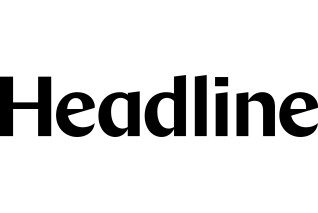 Headline Asia a venture capital firm, focused on early stage internet companies with offices in Tokyo, Taipei, and Beijing. The firm manages $300M USD, and has invested in more than 100 startups and produced 9 IPOs. Since its founding, Headline Asia has grown alongside its portfolio companies to build category-leading innovators and unicorns including Groupon, Farfetch, freee, Yeahka, WealthNavi, and 17Live.