HONG KONG SAR - Media OutReach - 1 November 2022 - Premier global nutrition company, Herbalife Nutrition released the findings from its Asia Pacific Personal Habits Survey today, revealing that 8 out of ten consumers in the APAC region want to kick unhealthy lifestyle habits they developed during the pandemic. In particular, eating an unbalanced diet (53%), not exercising regularly (53%), and not getting adequate sleep (52%) are the top three unhealthy habits that they plan to break in the next 12 months.


The survey also revealed that poorer stamina or fitness levels, excess weight gain and a weaker immune system are the most common negative impacts resulting from the unhealthy lifestyle habits adopted in the last two years. Among those who reported gaining excess weight, over half (51%) put on three to five kilograms, while 21% added six to 10 kilograms, mostly attributed to:


"These unhealthy habits can in turn pose serious health risks. But habits can be changed – with a little determination, motivation and support from like-minded people, it is possible to swap out unhealthy habits for healthier ones," said Stephen Conchie, Regional President, Asia Pacific and China, Herbalife Nutrition.

"To inspire people in Asia Pacific to make positive lifestyle changes, we are introducing region-wide initiatives with a focus on helping them cultivate healthy nutrition and workout habits, while nurturing community support for achieving their goals. For instance, we recently held the Healthy Recipe Challenge to encourage building good eating habits. And this month, we will hold our annual Virtual Run in 13 markets across the Asia Pacific, to help people get moving with a healthy active lifestyle."

Herbalife Nutrition's Asia Pacific Personal Habits Survey was conducted in August 2022, and polled 5,500 consumers aged 18 and above in Australia, Hong Kong, Indonesia, Japan, Korea, Malaysia, Philippines, Singapore, Taiwan, Thailand and Vietnam. It aimed to uncover the changes to lifestyle behaviors of consumers in the region since the start of the pandemic, and the unhealthy habits that they plan to kick in the next 12 months.

Exercise: There were also marked changes in activity, as about one-third (33%) of respondents exercised more while near half (46%) admitted that they had stopped exercising or become less active. Many of the latter attributed this change to lack of motivation, as they were preoccupied with anxieties arising from the pandemic.

Sleep: On average, more than half of respondents (56%) said their sleep was affected, such as having irregular sleeping patterns or trouble falling asleep, citing stress as the main reason. Compared with older generations, more Gen Z and Millennials have experienced negative changes in sleep habits.

Making Positive Lifestyle Changes in The Next 12 Months

With the impact of the unhealthy habits keenly felt by APAC consumers, it is no surprise that eight in 10 intend to make positive lifestyle changes in the next 12 months, focusing on improving both physical and mental health. Healthy habits they plan to adopt:

Importance of A Support Group in Building Healthy Habits

The Herbalife Nutrition Virtual Run 2022 is a highlight event of the company's Get Moving with Good Nutrition campaign, an annual initiative to help Asia Pacific consumers adopt healthy active living habits, and foster communities that support each other to achieve their health and wellness goals.

To be held in its third year, the Virtual Run 2022 will take place in Australia, Hong Kong, Indonesia, Japan, Korea, Macau, Malaysia, New Zealand, Philippines, Singapore, Taiwan, Thailand and Vietnam from 1st till the 30th of November. With the introduction of a brand new mobile app, this year's running challenge will be more interactive, with more seamless progress tracking. The Virtual Run will also contribute to raising funds to support the Herbalife Nutrition Foundation with providing good nutrition to needy children in the Asia Pacific through its flagship Casa Herbalife Nutrition program. 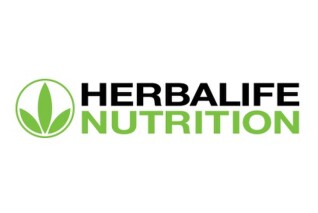 About Herbalife Nutrition Ltd.
Herbalife Nutrition (NYSE: HLF) is a global company that has been changing people's lives with great nutrition products and a business opportunity for its independent distributors since 1980. The Company offers science-backed products to consumers in 95 markets through entrepreneurial distributors who provide one-on-one coaching and a supportive community that inspires their customers to embrace a healthier, more active lifestyle. Through the Company's commitment to nourish people, communities and planet, Herbalife Nutrition pledges to achieve 50 million positive impacts – tangible acts of good – by 2030, its 50th anniversary. 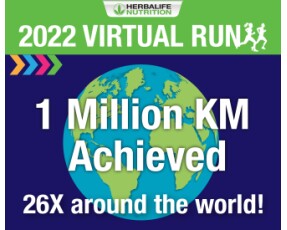 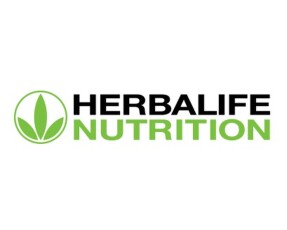