HONG KONG SAR - Media OutReach - 27 July 2022 - Hong Kong Chronicles Institute (HKCI) today marked the historic launch of the first volume of the English edition of Hong Kong Chronicles in a ceremony at the Government House with the release of Overview & Chronology as part of a bilingual book series on Hong Kong's local history. HKSAR Chief Executive Mr John Lee Ka-chiu and Commissioner of the Ministry of Foreign Affairs of the PRC in the HKSAR Mr Liu Guangyuan were keynote speakers in the presence of HKSARG principal officials, Central government officials based in the HKSAR, more than 40 consuls general/deputy consuls general, over 10 representatives of international chambers of commerce and global institutions, among local community leaders and scholars, in Hong Kong.


Mr John Lee Ka-chiu and Mr Liu Guangyuan were joined by Deputy Director of the Liaison Office of the Central People's Government in the HKSAR Ms Lu Xinning, Deputy Director of the Office for Safeguarding National Security of the Central People's Government of the PRC in the HKSAR Mr Li Jiangzhou, HKSAR Chief Secretary for Administration Mr Chan Kwok-ki, as well as Vice Chairmen of Our Hong Kong Foundation and HKCI Executive Committee Chairman Mr Bernard Charnwut Chan in officiating at the ceremony under the theme "Chronicling the Ages, Connecting with the World" – dedicated to telling a global audience about 7,000 years of Hong Kong history from its early days to becoming a cosmopolitan city with prestigious international status under the framework of "One Country, Two Systems."


"The first English volume, Overview & Chronology, traces the footsteps of the 7,000-year history of Hong Kong – replete with folktales and cultural stories on local traditions and customary practices. The sweeping history tells the stories of Hong Kong's roots, and its political, social and economic development into the 'Pearl of the Orient' and gateway to China," said Mr Bernard Charnwut Chan, Vice Chairmen of Our Hong Kong Foundation and HKCI Executive Committee Chairman. "Hong Kong Chronicles – both the Chinese and English versions – seeks to recover the collective memories shared by the people of our dynamic city we call home."


Overview & Chronology – comprising an "overview" on Hong Kong's local history and a "chronology" of more than 6,500 major historical events spanning 7,000 years – is the first volume in the first and largest translation project of any Chinese local chronicles in history.


"Hong Kong Chronicles is the first series of local chronicles to officially adopt name 'Hong Kong' in its title. It is the largest of its kind in Hong Kong and reflects significant historical and cultural value," said Prof. Lee Chack-fan, Chief Convenor, HKCI Academic Review Committee. "It is a community-wide academic project with the participation of nearly 370 scholars, historians and experts under the guiding principle of recounting historical facts without interpretation."

"The compilation of local chronicles is an age-old Chinese tradition. However, the making of an English edition of is not part of that tradition – or any tradition. It is a unique and unprecedented venture," said Prof. Elizabeth Sinn Yuk-yee, HKCI Translation Committee Chairman and Academic Review Committee Convenor. "Being an integral part of Chinese tradition and, yet, having room to bring in new elements, is a reflection of Hong Kong's own unique position as a part of China and a key player of the global community."

Hong Kong Chronicles is available on a global basis through worldwide distribution. Hard copies are available for purchase from bookstores under Sino United Publishing Holdings, including Chung Hwa Book Company (Hong Kong) Limited, and its online portal My Book One. E-books are available in more than 30 countries/regions through platforms such as Amazon Kindle, Google Book, Huawei Books, JDRead, Kobo, Overdrive, Rakuten, Readmoo, and Yuewen. The book series is also viewable for all readers and downloadable for universities, public libraries, national archives, government agencies and think tanks worldwide upon registration at www.hkchronicles.org.hk. 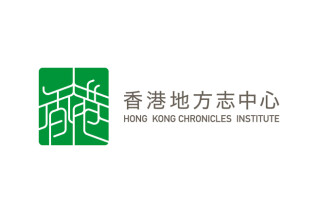 About Hong Kong Chronicles Institute
Hong Kong Chronicles Institute was established by Our Hong Kong Foundation in August 2019. The Institute brings together community leaders, experts and scholars to undertake the historic mission of compiling the first-ever Hong Kong Chronicles. The book series covers a period from the ancient era about 7,000 years ago to the 20th anniversary of the establishment of the HKSAR on 01 July 2017. It consists of 10 content categories and is scheduled for completion by 2027. An English edition of the entire series is also scheduled for completion by 2032.

More information is available at

https://www.hkchronicles.org.hk or by connecting with the Institute on:
Facebook: