Hongkong Land's approved near-term SBTs cover its operations and development activities across Hong Kong, Singapore, the Chinese mainland and Southeast Asia. They include a 46.2% reduction of absolute Scope 1 and 2 GHG emissions by 2030 from 2019 levels and a 22% per square metre reduction of carbon intensity for Scope 3 GHG emissions from purchased goods and services and capital goods over the same period.

Hongkong Land becomes the fourth real estate company and the sixth company across all sectors in Hong Kong to have its 1.5°C aligned near-term SBTs approved. Having announced its commitment in February 2022, the Group has secured validation in less than four months.

"The successful validation of Hongkong Land's near-term SBTs is a significant achievement in the Group's climate action journey and is an important milestone in the execution of Jardines' decarbonisation strategy," said Mr Ben Keswick, Chairman of Hongkong Land.

"By setting targets that have now been validated by an independent party, we have strengthened Hongkong Land's business resilience and readiness - positioning it for long-term growth, and aligned it more closely with the growing sustainability expectations of our partners, tenants and investors."

The validation comes soon after Hongkong Land launched its new Sustainability Framework 2030, focused on four spotlights: Climate & Economic Resilience, Inspirational Connections, Operational Excellence and Vibrant Communities & Cities. In addition to near-term SBTs, the framework has specific climate-related 2030 targets including i) ensuring 90% of the Group's leasing portfolio achieves the second highest or above ratings for green building certification, ii) sourcing 50% of electricity requirements from renewable sources and iii) a commitment to continuing to aggressively retrofit existing assets.

Underlining the Group's green building leadership, 93% of its leasing portfolio (by floor area) across the region has achieved the second highest or above ratings for green building certification. This includes all its commercial buildings in Hong Kong and Singapore, which have the highest ratings of BEAM Plus Platinum (Existing Buildings Comprehensive Scheme) and Green Mark Platinum certifications.

Hongkong Land reinvests approximately US$50 million annually in retrofitting its Central Portfolio to drive energy efficiencies, reduce wastage and improve the use of renewable energy generation onsite. Initiatives in recent years include installing solar photovoltaic (PV) panels that generate over 30,000 kWh of electricity per annum at its Central Portfolio – with planned installation of another 73,000 kWh of new PV panels on the roof of Three Exchange Square later this year and establishing an award winning Integrated Smart Management System ("ISMS") to optimise efficiencies across the Central Portfolio. The incorporation of ISMS into our operations has resulted in energy savings of 6.6% in the Central Portfolio in the past twelve months.

Mr Robert Wong, Chief Executive of Hongkong Land, said: "The speed at which we have secured formal validation of our SBTs is a testament to the commitment and operational excellence of our colleagues across all levels of the business."

"We are proud to join an existing group of 12 real estate sector leaders across Asia that have aligned their decarbonisation efforts to the 1.5°C pathway. As a leading developer and operator of some of the world's most sustainable buildings, we look forward to working with our stakeholders, including those in the property development value chain to deliver on the Group's commitments in the years ahead." 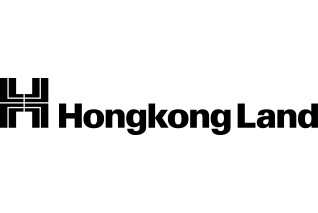 The Group's Central Hong Kong portfolio represents some 450,000 sq. m. of prime property. It has a further 165,000 sq. m. of prestigious office space in Singapore mainly held through joint ventures, four retail centres on the Chinese mainland, including a luxury retail centre at Wangfujing in Beijing, and a 50% interest in a leading office complex in Central Jakarta. The Group also has a number of high- quality residential, commercial and mixed-use projects under development in cities across China and Southeast Asia, including a 43% interest in a 1.1 million sq. m. mixed-use project in West Bund, Shanghai. Its subsidiary, MCL Land, is a well-established residential developer in Singapore.

The initiative is a collaboration between CDP, the United Nations Global Compact, World Resources Institute (WRI) and the World Wide Fund for Nature (WWF) and one of the We Mean Business Coalition commitments. The SBTi defines and promotes best practice in science-based target setting, offers resources and guidance to reduce barriers to adoption, and independently assesses and approves companies' targets. 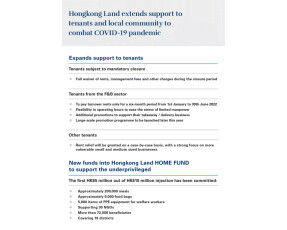 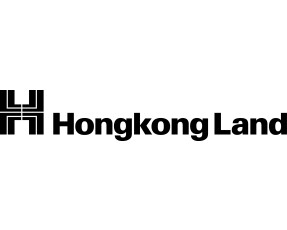