Comprehensive analysis of Hong Kong's position as an international hub, and gain insights from multiple perspectives to broaden horizon 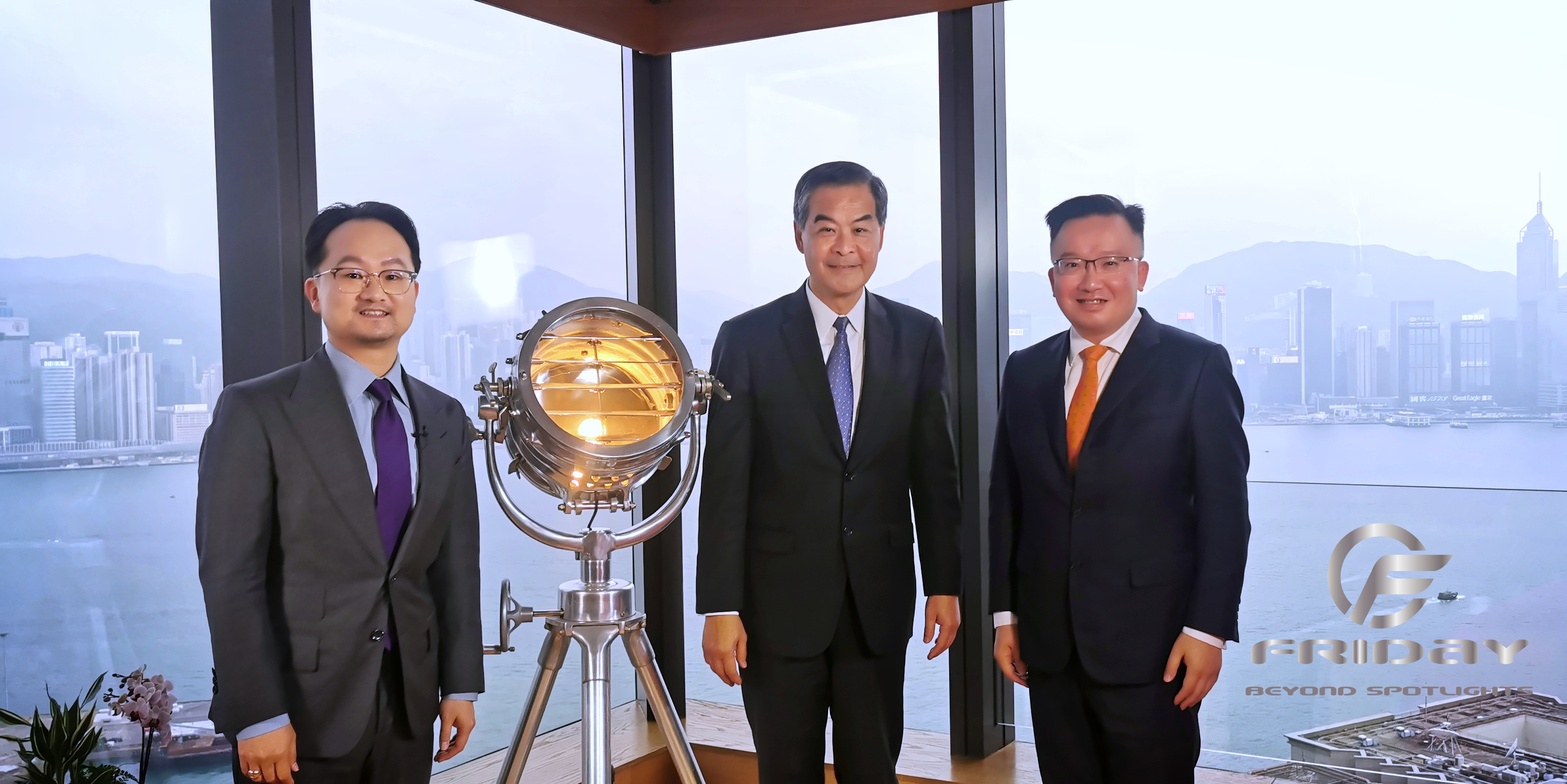 In the first episode, the host interviewed Mr. CY Leung, who shared a rare account of his student life in the UK to inspire and encourage young people to broaden their horizon. Links to the first episode as follow:

"Friday Beyond Spotlights" is a light-hearted show where inspiring figures and thought leaders shares their fact based insights and diverse viewpoints. Each 30-minutes episode is packed with five segments including a thought-provoking deep dive discussion between the guest and the host, a sharing session where the guest shares their recipe for success with youngsters, a storytelling session where the guest reveals their life stories and distilled learning, a 60-seconds Q&A session where the guest share their unfiltered thoughts and feelings, and an intro and outro. The series explores a wide range of hot topics covering the development and prospect of Hong Kong, politics, legal system, businesses, industries, art and digital entertainment.

Below is the broadcast schedule of the programme:

Replays will be aired on Saturday evenings or Sunday mornings depending on the region: