The state-of-the-art smelter is one of the greenest in the world, operating on clean energy from Siberian hydroelectric power plants, which together with modern gas cleaning equipment and a closed water circulation system, has a low level impact on the environment. Full scope CO2 emissions will be one of the lowest in the industry. Pre-operation verifications and testing will begin today.

TaAZ is the third low-carbon aluminum smelter to be built by RUSAL, with an overall cost of more than $1.69 bn, creating over 1,000 local jobs. Once fully operational, the smelter is expected to produce 428.5 thousand tons of low-carbon aluminium per year during its first phase and will play a critical role in the town's overall social and economic development, with RUSAL fully committed to supporting local communities.

Sales of the low-carbon aluminium produced in Taishet will be focused towards the extrusion and rolled products segments, helping to meet the high demand for low-carbon aluminium worldwide. Approximately one quarter of production will serve the domestic Russian market.

General Director of RUSAL, Evgenii Nikitin, said: "Throughout the construction of the Taishet Aluminum Smelter, the most modern and environmentally friendly technologies that exist in the global aluminium industry were used, with technological processes almost 100% automated. We plan to replicate this model by building new low-carbon aluminium production plants on the site of facilities in Bratsk, Shelekhov, Krasnoyarsk and Novokuznetsk, as part of our sustainable modernization, bringing us a step closer to our Net Zero target in 2050."

The project was funded with RUSAL's own capital, along with a syndicated loan from VTB (30 bn rubles) and Gazprombank (15 bn rubles). 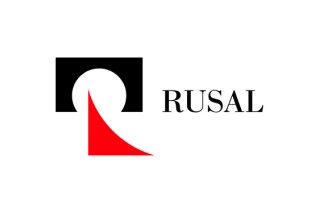 RUSAL (www.rusal.com) is the leader of the global aluminium industry and a leading low-carbon aluminium producer. In 2020, the Company accounted for about 5.8% of global production of aluminium, 6.5% of alumina production and 44% of RUSAL's production accounts for value added products. RUSAL's offices are operating in 20 countries all over the world and across 5 continents. The carbon footprint of the Company's low-carbon aluminium ALLOW is 5 times lower than the industry's average (Scope 1 and 2, at the smelter). RUSAL common stock is traded on the Hong Kong Stock Exchange (trade code – 486). RUSAL's ordinary shares are traded on the Moscow Exchange (trade code – RUAL).

Disclaimer
The information contained in this press release is for media advice only. The contents are true and accurate at the time of publishing, however, may change over time.