SINGAPORE - Media OutReach - 21 April 2021 - Cityneon Holdings ("Cityneon", the "Company"/collectively with its subsidiaries, the "Group") raised S$235 million in the most recent round of private funding. The latest round of funding adds seasoned investors to Cityneon's already strong stable of shareholders.

This funding round was led by Singapore's Pavilion Capital, Seatown Holdings International, EDBI, and Cityneon's Executive Chairman & Group CEO, Mr. Ron Tan. EDBI and Pavilion Capital are existing shareholders of Cityneon whilst new investors include Seatown Holdings International, Qatar's Doha Venture Capital, which will now own approximately 4 per cent of the Group, and other financial institutions and family offices in Singapore and China.

The Group is now well positioned for its next growth chapter and will use the proceeds for capital expenditure that includes building more of its various intellectual property (IP) exhibition sets, totaling 24 travelling and four semi-permanent sets under the Studio IP partnerships and three travelling sets under the original artefact IP partnerships by the end of 2022.

Already, the Group just signed its fifth IP rights with Avatar from 20th Century Studios last year. Amidst the anticipation from Avatar fans worldwide, Cityneon will debut a multi-sensory Avatar exhibition in Chengdu, China in May 2021, ahead of the Avatar movie sequel which is slated for release in 2022. Avatar is the world's top grossing film of all time at over US$2.8 billion, and adding millions more after its successful re-release in China in March 2021. Avatar's director James Cameron has announced that he will be producing four sequels with 20th Century Studios, with the first sequel slated for release next year. Disney acquired 20th Century Studios for US$71 billion in 2019.

The Company also recently entered the original artefacts IPs space and will stage international exhibitions of the treasures of the ancient civilization Machu Picchu from Peru in Boca Raton, Florida and Pharaoh Ramses II from Egypt in Houston, Texas. These two experiences will start welcoming visitors in October and November 2021, respectively.

Other IP rights that the Group holds include partnerships with Universal Studios for Jurassic World: The Exhibition, Marvel for Avengers S.T.A.T.I.O.N., Lionsgate for The Hunger Games: The Exhibition and Hasbro for Transformers Autobot Alliance. All in, Cityneon holds the IP rights for five of the top 10 worldwide box office hits and two artefacts IP from Peru and Egypt. The Group expects to have six sets of its various IP rights travelling across China, and five travelling and permanent sets in the United States, with a few more in other parts of the globe.

The Group will also be reopening experiences that were temporarily closed in 2020, aiming to provide visitors with a safe entertainment option. These include the Marvel Avengers S.T.A.T.I.O.N. in Toronto, Canada that will be re-opening in May 2021; and the Marvel Avengers S.T.A.T.I.O.N. exhibition in Lotte Mall in Seoul, Korea in April 2021; the same exhibition space which previously housed Jurassic World: The Exhibition, another IP experience exhibition by the Group in 2019. In the past month, the Group also witnessed record visitor numbers at their semi-permanent installations in Las Vegas, USA, signaling a strong comeback and demand for their immersive experiences, as they step into the 6th year of operations there.

While there are exciting plans lined up, the Group is not resting on its laurels. More Hollywood IPs and artefact IPs can be expected, and there will be further announcements on new IP verticals in entertainment experiences that the Group is looking to enter.

Mr. Ron Tan, Executive Chairman & Group CEO of Cityneon, said: "It is exciting that the Company is going through such strategic expansion as one of the largest providers of exhibition entertainment experiences globally. The S$235 million funding round sets a solid foundation for us to invest in developing more of our entertainment experiences, to stage even more exhibitions of the five box office hits and two artefact IPs that we hold the rights to all over the world. I'm thankful that our strong investors base, now from Singapore, Hong Kong, China and the Middle East, have trust in our vision, and believe alongside us that this space of big ideas and big experiences will only grow."

By the end of this year, Cityneon will arguably be the largest provider of exhibition entertainment experiences internationally; with global footprints in more than 50 cities and welcoming 10 million unique visitors across the world by 2022. 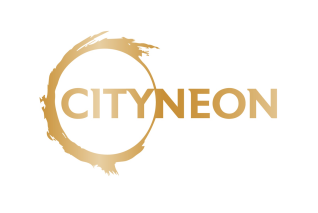 With its global reach and international partnerships, Cityneon has the capability to serve its clients anywhere in the world. Cityneon was listed on the Mainboard of the Singapore Stock Exchange since 2005, and was privatized on February 2019 by West Knighton Limited, a company wholly owned by Cityneon's Executive Chairman and Group CEO, Ron Tan, together with Hong Kong veteran entrepreneur and investor, Johnson Ko Chun Shun. Johnson is a capital markets veteran and has held controlling interests and directorships in many listed companies. In May 2019, Cityneon welcomed CITIC Capital as a new shareholder, who holds approximately 10% shares in Cityneon. CITIC Capital is part of CITIC Group, one of China's largest conglomerates, and has over US$25b of assets under its management across 100 funds and investment products globally. Other institutional shareholders of the Group include EDBI - a Singapore government-linked global investor, and Pavilion Capital - a Singapore-based investment institution which focuses on private equity investments, that made strategic investments in August and October 2019 respectively, to support the Group's further expansion globally. For more information, please visit 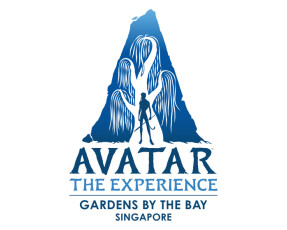 Cityneon Brings Avatar: The Experience To The Iconic Cloud Forest At Gardens By The Bay Singapore 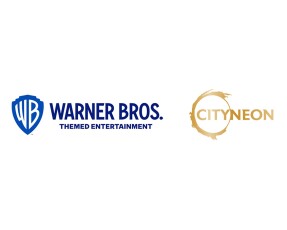