HONG KONG SAR - Media OutReach - 17 December 2020 - Lanzhou, the capital of China's Gansu Province and a crucial link in China's One Belt, One Road initiative, is China's best-performing city in 2020, according to the Milken Institute. 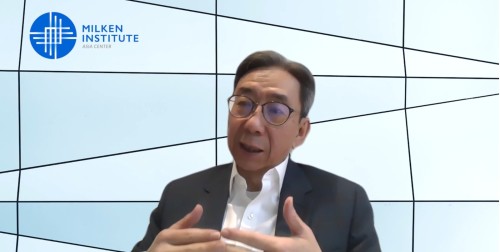 The city of Lanzhou is a shining example of the green development strategy that China embarked upon as part of its 13th Five-Year Plan, which focused on the elevating the nation's growth through technological innovation and renewing efforts to coordinate regional development. Having balanced urban infrastructure modernisation with improving ecological sustainability[1], Lanzhou secures the first place, up from fourth position in 2019, in the Milken Institute's sixth edition of its annual Best-Performing Cities China report, which was released today. Shenzhen and Chengdu follow in second and third place, respectively.

"The Best Performing Cities China index for 2020 highlights how China is leveraging the economic power of the nation's three superclusters, Beijing-Tianjin-Hebei, Greater Bay Area, and the Yangtze River Delta, as the architecture to connect and transmit industrial production and commercial activities to smaller cities and counties," said Perry Wong, managing director of research at the Milken Institute and co-author of the report. "The rapid elevation in the growth of the less developed regional economies reflects China's commitment to infrastructure building to reduce development disparities among regions and cities, as well as alleviating environmental burdens -- such as congestion and pollution -- on megacities."

2020 also marks the first time that cities from the Western region took three of the top five spots in the Milken Institute's rankings. This highlights the success of the central government and policymakers' focus on leveraging the comparative advantage of regional development in the domestic market to spur growth among less developed but lower-cost regions.

Shenzhen in Guangdong province retains its second-place position from last year. As one of the greatest success stories of China's innovation economy development, Shenzhen is today a global innovation powerhouse, after having successfully reinvented itself from being a low-cost gadget manufacturing center. Today, the city is China's main hub for telecom product advancements and tech entrepreneurship. Shenzhen -- as one of China's growth leaders -- will be continued to be fortified by the Chinese government to realize its mission to become a global city.

Rounding up the top three spots is Chengdu, dropping two positions from first place in 2019 after holding the spot for the previous three years. It is also the sixth time the city has been ranked in the top 10 large cities group. Chengdu continues to be one of western China's most crucial economic, cultural, transportation and communication hubs.

Xi'an in Shanxi province takes the fourth spot, up from sixth last year. The city is in the Western part of China and is experiencing a boost in transportation infrastructure development. Following Xi'an in fifth place is Fuzhou in the southeastern province of Fujian.

Taking sixth place is the Guangzhou, the capital of Guangdong province which is also one of China's oldest and biggest trading and transport hubs. Coming in seventh place is Beijing, the nation's capital. Xiamen in Fujian province, Nanjing in Jiangsu province, and Hefei in Anhui province round up the top 10 first- and second-tier cities list.

Heyuan in Guangdong province takes this year's number one spot in the small cities list. As part of the Greater Bay Area and a regional logistic point, Heyuan has recently received many domestic and foreign investments that drive its economic growth and is a testament to China's Western regional development that has helped elevate economic activities with sustaining momentum. Coming in second place is Baoji in Shanxi province, followed by Xinxiang in Henan province in third and Chuzhou in Anhui province in fourth. Most of these cities have benefited from the expansion of their neighboring major cities.

The sixth and seven placed cities are Xuancheng in Anhui province and Shangluo in Shanxi province respectively, followed by ninth-placed Zhangzhou in Fujian province and eighth-placed Dazhou in Sichuan province. Xinxiang and Dazhou are close to Zhengzhou and Chongqing, the key commercial and production centers in their respective provinces.  Zhangzhou, a city next to Xiamen, has had a noticeable GDP growth in recent years.

The 2020 Milken Institute Best-Performing Cities China Index divides 264 Chinese cities into two groups, one for large cities and one for small and medium-sized cities. The large cities group comprises 34 first- and second-tier cities, while the latter is made up of 230 third-tier cities. The two groups are ranked separately based on economic performance, with an emphasis on growth measurements. Its ranking index for this 2020 version comprises nine indicators--one-year (2017-2018) and five-year (2013-2018) growth for jobs, wages, and gross regional product (GRP) per capita; three-year (2015-2018) foreign direct investment (FDI) growth; FDI/GRP ratio (2018); and the location quotient (LQ) for high value-added industry employment (2018). This index categorizes Chinese cities into large and small groups to yield more meaningful comparisons and insights.

The Milken Institute's Best-Performing Cities (BPC) China Index analyzes the latest and most comprehensive official data, found in the China City Statistical Yearbook to track the recent economic performance of Chinese cities. The primary purpose of this series is to offer a tool to policymakers to monitor and evaluate the economic dynamics of cities in China and improve their performance. In addition, this work provides businesses with insight into economic trends to explore potential investment opportunities in China.

Find out the Interactive Map: www.best-cities-china.org 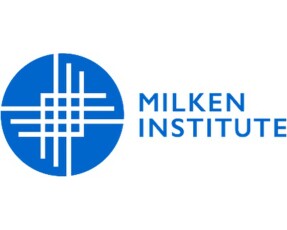