More than 900 industry leaders, representing 570 firms from 36 countries, descended on the Grand Hyatt Hong Kong, on November 27-28, for the must-attend annual event.

Technology and trade tensions were among the recurring themes throughout the packed programme of presentations, panel talks and keynotes, which welcomed more than 90 speakers appearing across six stages.

Headline speaker Ronnie C Chan tackled current affairs head-on in a hard-hitting talk entitled The China Growth Story: How Will it be Impacted by the US-China Trade War?

"Trade is not a big deal -- everybody will lose, but as far as China is concerned, it won't hurt that much," Chan reassured attendees. "Like it or not we live in a 'G2' world -- but it does not have to be a bipolar world. Many, many issues cannot be resolved unless we work together -- we can compete in tech and trade, and be friends too. That is the world we're looking for."

Hard questions were also asked about the prospect for investment in post-Brexit Britain at the UK: Still Great Tomorrow? session -- but a robust argument was put forward by the heavyweight panel, which included British representation from Birmingham City Council Leader Ian Ward and Department for International Trade Senior Advisor Sir Edward Lister.

MIPIM's global director Ronan Vaspart laid out the conference theme Invest in a Better Tomorrow, telling delegates that MIPIM Asia would "invite you to imagine the world in 2030", while a touch of star power came from TV host Desmond So.

Mr Vaspart said: "Once again MIPIM Asia has proved itself to be the must-attend event for property professionals across the Asia Pacific region.

"Over the past two days we've heard some fascinating insights from some of the most important voices in the industry, as well as considering fresh perspectives and embracing voices from the world of retail, technology, proptech and more.

"And of course we've offered invaluable opportunities for networks to be built and contacts to be forged -- and hopefully, soon, for deals to be struck."

Dealmakers had plenty more to chew on at a series of compelling talks as part of the dedicated Investment tract, which attracted seasoned industry types for a round of insightful sessions focusing on the prospects and opportunities for the region's property market -- such as Key Investment Trends in Asia Pacific, Investment Strategies in Top Markets in Asia Pacific and Asian Cities: Investment & Opportunities Outlook.

Meanwhile Europe was declared very much open for business at the BRI: European Opportunities panel, which hosted speakers from four key European cities -- London, Paris, Amsterdam and Moscow -- to talk about the prospects for investment in light of China's ongoing Belt and Road Initiative (BRI), a multi-billion dollar cross-border programme of infrastructure development in Asia and Africa.

Guests were invited to imagine the cities and homes of the future at a series of sessions dedicated to innovation and trends, such as co-living which was discussed at Housing Trends for the Future, and co-working at the Flexible Workspaces: Revolution of the Office Market panel talk.

Opening the programme on November 27, Dr Jonathan Woetzel, outlined his predictions in a fascinating keynote entitled Smart Cities: For a More Liveable Future.

"I can already see that people have different reactions to that subject," he quipped, taking to the stage. "There's so much noise around smart cities, so much hype -- but it's important to get the facts. That's what this is about: The facts."

Retailers also flocked to hear the thoughts of Dr William Lo, Vice Chairman of China's largest toy retailer, Kidsland. "I don't believe physical retail will die, especially in Asia," said Lo. "In Hong Kong we live in very small spaces, we need to go out, so the shopping mall is very important."

MIPIM Proptech Asia: On the Road to a Bright Feature

The standalone programme launched a day earlier on November 26, with a networking event and keynote speech from Carrie Law, CEO of China's largest international property portal, Juwai. Other speakers who appeared as part of this dedicated series included Microsoft's Wincy Chan, Anuj Nangpal of JLL Spark, Knotel's Ed Shenderovich and Andrew Young of Sino Land Company -- who all participated in the optimistic opening panel talk Proptech: On the Road to a Bright Future.

The winning entrants NEOMA & Untitled Group will now be invited to compete in the global MIPIM Startup Competition finals, at the flagship MIPIM summit -- which celebrates its 30th anniversary in Cannes on 12-15 March 2019.

MIPIM Asia Summit is the annual property leaders' summit in Asia Pacific organised by Reed MIDEM, is widely seen as a "must-attend" event for leading industry professionals. It features expert-led conference sessions, premium networking accelerators and an exclusive awards gala dinner over a two-day period. Distinguished speakers, senior executives, high-level business professionals and industry experts from around the world will discuss the latest developments and prevailing trends in the property and retail industry. MIPIM -- the world's property market is the leading and largest global property event. The four day event takes place annually in Cannes every March. 24,200 delegates attended in 2017 with 5,000 investors, and 100 different countries being represented.

Founded in 1963, Reed MIDEM is an organiser of professional, international markets that are essential business platforms for key players in the sectors concerned. These sectors are MIPTV, MIPDOC, MIPCOM, MIPJUNIOR in Cannes, MIP China in Hangzhou and MIP Cancun in Mexico for the television and digital content industries; MIDEM in Cannes for music professionals; Esports BAR in Cannes and in Miami for the esports business; MIPIM in Cannes, MIPIM UK in London, MIPIM Asia Summit in Hong Kong and MIPIM PropTech NYC in New York and MIPIM PropTech Europe in Paris for the real estate industry; MAPIC in Cannes, MAPIC Russia in Moscow, MAPIC Italy in Milan, MAPIC India in Mumbai and MAPIC Food & Beverage in Milan for the retail real estate sector. www.reedmidem.com

Reed Exhibitions is the world's leading events organiser, with over 500 events in 30 countries. In 2017 Reed brought together over seven million event participants from around the world generating billions of dollars in business. Today Reed events are held throughout the Americas, Europe, the Middle East, Asia Pacific and Africa and organised by 38 fully staffed offices. Reed Exhibitions serves 43 industry sectors with trade and consumer events. It is part of RELX Group, a global provider of information and analytics for professional and business customers across industries. 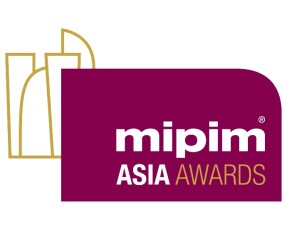