HONG KONG, CHINA - Media OutReach - 1 Dec 2014 - Nikkei Inc. held the first Nikkei Asia Prizes in 1996.  It is designed to recognize outstanding achievements by individuals and organizations, which contribute to the economy, science and culture of Asia.

EasyHear has received the following acclaims --

EasyHear is the world's first hearing aid that successfully makes use of the twin-microphone beamforming and noise cancellation technologies, so that it focuses on and amplifies the sound coming from within 30 degrees to the left and right ahead of the user.  Users can also adjust by themselves the frequencies and volumes, plus receive mobile phone calls and radio broadcasts.

This time, contestants are numerous.  We are still confident of winning, because EasyHear owns unique and proprietary technologies.  Coupled with prices that everyone can afford, EasyHear certainly helps the hearing-impaired people break open the communication barrier to the world of sound, and so benefitting the global community of 650 million that are suffering from hearing loss. 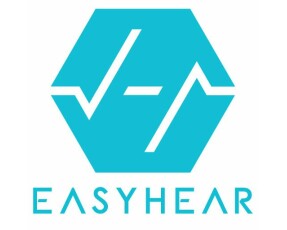