On Nov. 7th, 2020, a crane lifted the first steel beam at the construction site of Lesso's new plant in Samarang, Indonesia, officially commencing its business expansion in Southeast Asia. 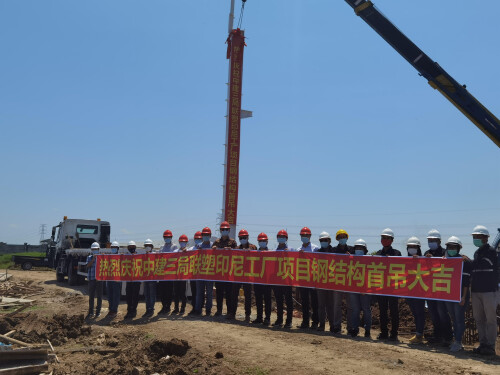 China Lesso Group Holdings Limited (https://en.lesso.com/), founded in 1986, has been a leader in the pipeline industry and is gradually developing into a large industrial group of home furnishings and building materials in China. China Lesso's product portfolio spans piping systems, building materials, interior decoration products, environmental protection services, modern agriculture, channels and services, and more. With its rapid development, China Lesso has established over a hundred of subsidiaries and 27 manufacturing bases in 18 provinces across China, and in North America. Learn more about Lesso from this video: https://youtu.be/xSYG2AFP_fM

Lesso continues to perfect its techniques in automated and smart production, constantly improving its production capacity and efficiency, and product quality. The Company is a front runner in the industry in terms of production capacity and sales volume. It produces about 15% of the overall plastic pipe output in China and has surpassed its competitors a couple of times. According to a survey conducted by Forward Industry Research Institute, a professional industry planning consultant based in Beijing, China Lesso has been able to realize up to 2.78 million tons of design capacity since 2019 and achieved 2.397 million tons of sales in the same year.

In 2020, China Lesso is nominated by Hurun Research Institute on the list of Hurun China 500 Most Valuable Private Companies 2020 as its market value has reached a new record high of RMB37 billion with a year-on-year growth of 61%. Moreover, it's been on the Fortune 500 China list for 8 consecutive years since 2013 and the Company stock is considered among those of the biggest value.

The Growing Demand for Plastic Pipeline in Southeast Asia

The global demand for plastic pipe which is expected to grow in the coming five years has notably driven the market. The global market for plastic pipes is projected to reach 20.4 billion meters by 2024 according to a report by researchandmarkets.com. The report also pointed out that Asia-Pacific, especially the Southeast Asia region has become the largest and most fast-growing market worldwide.

Southeast Asia is now shifting fast from an agricultural economy to an industrial economy. Thus, its demand for plastic pipes has significantly grown due to the increased spending on infrastructure modernization projects, such as replacement of metal based pipes with plastic pipes in utility networks, expanding crop irrigation activities, rehabilitation of wastewater collection and water distribution, growing preference for no-dig technology, and etc.

With an aim of business expansion, China Lesso has seen the potential in Southeast Asian market and has accelerated to globalize its business. It has announced a substantial investment in establishing a large-scale pipeline manufacturing base in Indonesia to seize market share by participating in the country's infrastructure advancement projects and enhance Lesso's competitiveness and influence in the local market.

Indonesia has been claimed to be the largest economy in Southeast Asia and has growth perspective by many authorities like the World Bank. With the continuous and rapid development, Indonesia's domestic demand for infrastructure improvement has increased significantly. Pipes and pipe fittings which are common and essential construction materials, do have great opportunities during infrastructure construction in Indonesia.

Lesso's Indonesia manufacturing base will be able to supply plastic piping products and services for the domestic market in a timely and productive manner as it specializes in a variety of advanced plastic piping solutions fitting for building construction, infrastructure, industrial and agricultural applications. Lesso's products are widely used in water supply, drainage, power supply, telecommunication, gas transmission, home decoration, and so on.

China Lesso's endeavor in Indonesia is an important deployment in its global business expansion. Following the Belt and Road Initiative, Lesso will strive to develop markets in more targeted countries in Asia, for example in Malaysia, Thailand, and Cambodia, adding momentum to its strategic business presence in the world. 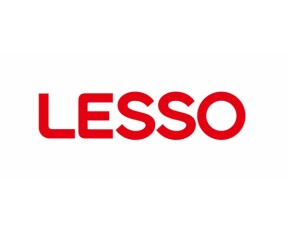