CHATTOGRAM, BANGLADESH - Media OutReach - 9 August 2022 - Asian University for Women (AUW) has announced new scholarships for outstanding Indian women who are first in their family to attend university. The scholarships will be fully funded from the general resources of the University, and while a student from any state in India (or, across the region or the world) may apply for admission to AUW, these scholarships are specifically intended for high-potential students from oppressed communities from the following states of India: (I) Bihar; (ii) Jharkhand; (iii) Orissa; and (iv) Assam. AUW currently have more than 20 students from Assam, Jharkhand, Kashmir, Mizoram, Nagaland and Odisha. A communication to this effect has already been transmitted to the Chief Secretaries of each of these states through His Excellency the High Commissioner of India in Bangladesh. The University exercises a preferential option for members of the Dalit and other ethnic or religious minority communities as. well as others who are unjustly treated by the Indian state or the communities at large.


AUW seeks students with high academic potential and an undeterred commitment to leadership and social change as exemplified by a demonstration of courage; outrage at injustice; and empathy.

Since its founding in 2008, AUW has offered close to 150 fully funded scholarships for Indian nationals covering all costs of room, board, tuition, travel, books and supplies and health care. One graduate, Savitri Kumari, has ranked first this year in Jharjhand Civil Service Exams.

The Asian University for Women is a unique and pioneering project that is as outstanding as it is inspiring. It is developed in the simple but effective concept of giving every deserving young woman a chance to break out of both the age-old shackles of patriarchy and social constraints as well as the restrictions of cost and access that are the limitations of our modern age. I have had the good fortune to see the transformative impact that this University has exercised upon so many brilliant and committed young women, in a brief period of around a decade, and I have no hesitation in saying that this is a project that deserves our fullest attention and support. For us in India, the project delivers on the very goals that our Government has itself adopted, of "beti bachao, beti padhao"--save a girl, educate a girl--that has been instrumental in sparking a remarkable evolution in our approach to empowerment of women.

I have no hesitation in inviting attention and consideration for this University, its faculty, and above all, its remarkable group of resilient and committed young women, who deserve the best that life can offer them.

AUW seeks to facilitate, expand and promote educational opportunities for women in Bihar, Jharkhand, Orissa, and Assam. We hope that the outreach assistance from the Indian government will lead to recruitment of talented women who will later serve their communities with excellence and passion.

AUW's vision is to create a society that is not separated by religion, caste or creed. We deplore political pogroms against the weakest of our societies and call upon all civilized elements in society to oppose such degradation of values so valiantly championed by Mahatma Gandhi, Rabindranath Tagore, Suhrawardi and Sheikh Mujibur Rahman and other leaders of integrity at the creation of our independence. By bringing young women of diverse backgrounds who have the courage to speak truth to power, AUW hopes to make its own small contribution in resisting the tyranny of prejudice and repression that is attempting to burn down our dreams of a different world. It is only logical that these efforts are rooted in Chittagong for it was the "Free State of Bengal" that resisted even at the time of Partition the forced divide of our nations on the basis of religion instead of recognizing our common humanity. 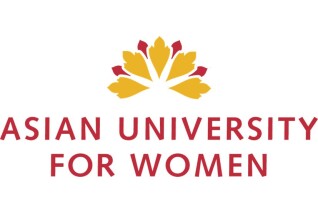 About Asian University for Women (AUW):
Founded in 2008 and located in Chittagong, Bangladesh, AUW is the first of its kind: a regional institution dedicated to women's education and leadership development through liberal arts and sciences education. It is international in outlook but rooted in the contexts and aspirations of the people of Asia. Chartered by the Parliament of Bangladesh, AUW exists solely to support a rising network of women leaders, entrepreneurs, and changemakers from across the region. It seeks out women who show significant academic achievement and potential, demonstrate courage and a sense of outrage at injustice, and are empathic to the woes of other people.

1160 students from 17 countries currently attend AUW: Afghanistan, Bangladesh, Bhutan, Cambodia, China, India, Indonesia, Lao PDR, Myanmar, Nepal, Pakistan, Philippines, Sri Lanka, Syria, Timor Leste, Vietnam, and Yemen. More than 85% of AUW students are on full or near-full scholarships funded by supporters from around the world. The University has graduated over a thousand students to date. A majority of AUW graduates secure employment in the private and public sectors in their home countries while about 25% go on to pursue graduate studies at other institutions of higher learning including Oxford, Cambridge, Johns Hopkins, Stanford, Columbia, Duke, Brandeis and Tufts, among others. To learn more about Asian University for Women, please visit 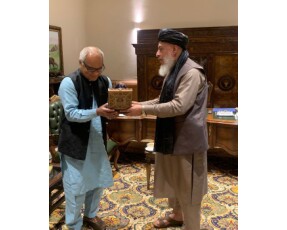 With support from the Mellon Foundation, AUW to soon launch a Humanities major