HONG KONG SAR - Media OutReach - 25 October 2021 - Biologists from Hong Kong Baptist University (HKBU) have discovered in Hong Kong waters a new species of hard coral and two new species of nudibranch, a type of marine mollusc, that have never been identified anywhere else in the world. The discoveries of new species from these commonly seen animal groups are a vivid reflection of Hong Kong's rich marine biodiversity. 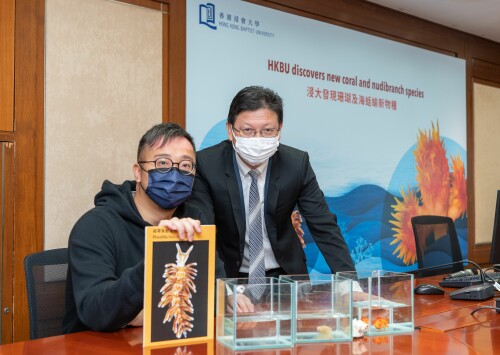 The new marine species were identified by research teams led by Professor Qiu Jianwen, Professor of HKBU's Department of Biology. The descriptions of the new coral and nudibranch species were published in the academic journals Zootaxa and Zoological Studies, respectively.

The new coral species belongs to the genus Tubastraea, which is commonly known as sun coral due to its bright orange polyps (individuals making up the colony) and the circle of tentacles that surround its mouth. HKBU biologists discovered the new species while conducting underwater surveys at the Breaker Reef in the eastern waters of Hong Kong in the summer of 2020.

The team named the coral Tubastraea megacorallita, with "mega" and "corallite" meaning "big" and "skeletal cup", respectively. The species name reflects the fact that it has the biggest and most structurally complex corallite among the eight recognised Tubastraea species around the world. This species forms small colonies of between three and 12 polyps, and they share a common calcareous skeleton.

Sun corals are different from most reef-building corals, as they do not host symbiotic algae that produce energy via photosynthesis. Instead, these corals gain energy and nutrients by capturing small animals called zooplankton from seawater using their tentacles. While reef-building corals in Hong Kong typically inhabit shallower waters up to a depth of 10 metres, sun corals live in deeper waters at a depth of between 10 and 30 metres.

Nudibranchs, commonly known as sea slugs, are gastropod molluscs that only have a shell during their larval stage. They are eye-catching animals, and they can often be spotted on coral reefs due to their vivid body colour patterns.

The HKBU team also discovered in Hong Kong waters two coral-eating species of nudibranch, both belonging to the genus Phestilla that has only nine recognised species prior to these discoveries. One of them, named Phestilla goniophaga, was collected from Sharp Island and Chek Chau. The word "goniophaga" derives from the name of the host coral, "Goniopora", which is commonly known as flowerpot coral, and the Latin word "phaga", which means "eat".

Phestilla goniophaga is rather big, and its body is around three centimetres long. It can be distinguished from other species of the genus by the large number of long finger-like, brown and white striped projections called cerata, and the white rounded hump on its back. The hump resembles the host coral's mouth, while the cerata resemble the coral's tentacles. This mimicry makes it difficult for its potential predators, such as fish, to spot them. Its egg masses, however, are bright orange in colour and they can normally be found glued to the coral skeleton.

The other newly discovered nudibranch species is smaller in size, and its body is less than one centimetre long. It lays eggs and feeds on the tissue of the leaf coral Pavona decussata. It has a white body with brown stripes and exhibits excellent mimicry against the colour pattern of its coral host. It was named Phestilla fuscostriata, with the species epithet adopting the Latin words "fuscus" and "striatus", which mean "brown" and "streaky".

This new species was discovered while culturing the leaf coral samples collected from Sharp Island during a study of coral bleaching mechanisms. The HKBU team discovered the new nudibranch species and its crescent-shaped white egg masses after noticing the wounds on the coral surface caused by its feeding.

While the seas around Hong Kong are only 1,651 square kilometres in size, the territory has around six thousand marine species – one-quarter of all the marine species recorded in China. 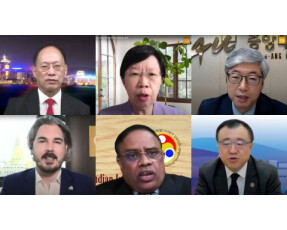 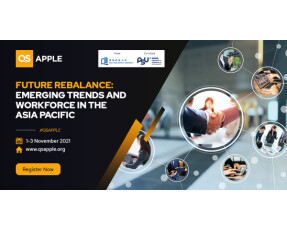