KUALA LUMPUR, MALAYSIA - Media OutReach - 27 August 2021 - Global development has been disrupted by the Covid-19 pandemic, Advance Technology Innovator (AdvanceTC) as part of the satellite technology industry chain, stay firm with the development plan and targeting a listing on the Nasdaq Capital Market by second quarter of next year. 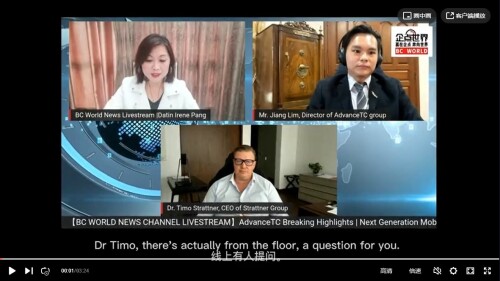 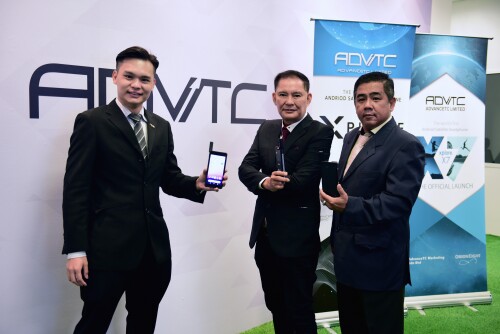 The funding from IPO will be utilize on the mass production of satellite smartphone products.

The new norm under pandemic Covid-19 has changed the global operational model, and the mindset of human being, further highlighting the importance of technology and satellite development. Due to the current technological development, AdvanceTC has more sufficient strength and time to prepare for the listing plan.

AdvanceTC director Jiang Lim says, "The epidemic has slowed down the global operation, but AdvanceTC stay firm by aiming to be listed on the Nasdaq exchange by second quarter of year 2022."

The company is currently dual listed on the National Stock Exchange of Australia (stock code:A88) and the US Over-The-Counter QB (OTCQB) Venture Market. The US OTCQB Venture Market caters for US and international companies that are in the entrepreneurial and development stage.

According to the valuation report conducted by professional valuer, Roma Appraisals Limited, stated the company's market value was approximately US$3.015 billion as at 26th May 2021.

Recently, special purpose acquisition companies (SPAC) have become a popular option for listing, but SPAC listing has less benefits to AdvanceTC. The company could independently list on the NASDAQ exchange with market value, which demonstrating the company's strength.

After the U.S stock market performing a bull market trend, markets have been worried on adjustments and bubbles. Jiang Lim believes that there are three major industries will keep bullish, namely communications, new materials, and energy sector.

Focusing on the blue ocean market, bringing safety to the pockets of risk groups

Focusing on the blue ocean market, AdvanceTC will be utilizing the funding raised from IPO on mass production of Xplore X7U satellite smartphone, which will be available in September this year, as well as the production of Xplore X8, a product with additional satellite data functions. X8 comes with walkie-talkies and make calls via satellite function too.

"None of them in the market can achieve a product, with the combination of satellite phones and smart phones functions. Only we can do it. This is the strength of our company."

"In Touch" is the company slogan of AdvanceTC, meaning "love and contact". The pockets of high-risk industry groups can always keep in touch with safety first.

Jiang Lim hopes to bring the convenience of satellite communication to the world, begin with the mobile phone device.

The company main product Xplore X7U will be launched in September, with a target output of 500,000 units in the first year. For the coming year, the company's production is expected to reach 2 million units.

Looking forward to the next 3 to 5 years, after AdvanceTC enters product selling stage, the company will be able to turnover from loss to profit with the high profit margins products, and the customer portfolio majority are government units. Previous loss is due to the company focusing on R&D, no sales recorded and yet to reach mass production status.

In addition, AdvanceTC have four marketing arms, mainly responsible for the US, Southeast Asia, and Asian markets. For United States as an example, they are facing various natural disasters such as wind disasters and floods. Therefore, satellite communication equipment is needed for assistance in rescue activities.

The major sales markets are The United States, Philippines, Indonesia, and Nepal. These are all island countries, and their fishery industry needs the communication devices to keep in touch. The main industries of AdvanceTC focusing include not only fishermen but also government-owned rescue, military, firefighting, and medical units. And field developments including construction, logging, agriculture, adventure, and maritime such as recreational yacht.

Xplore X7U focuses on security, especially for special high-risk industries. The limitations of 5G smartphones unable to achieve remote communication functions. AdvanceTC wants to bring "safety" into everyone's pocket, and you can be found no matter where you are.

Jiang Lim pointed out: "Only satellite services can provide remote communication. Our phones have security features. Even after 6 days, you can be found in all corners of the world."

"Once this product is launched, we are ready to change the world and improve safety indicators."

Taking marine as an example, satellite communication devices are only installed on the ships, they must get back to the ship to seek for emergency help button. AdvanceTC satellite phones, as well as smart devices, allow this group of users to put their safety in their pockets.

AdvanceTC will simultaneously launch the StarzChat software, which can be downloaded in major app stores, and everyone can get connected.

StarzChat allows ordinary smartphone and satellite phone users to keep in touch through the apps. This software can also be connected to the MATRIX software, which currently been using by the police, fire, and military systems in the European and American markets, with 25 million of ready users.

StarzChat has a port to connect with MATRIX, which will channel users to StarzChat and create huge potential value to the company.

In addition, after the launch of the X8, AdvanceTC will launch another Superphone, a three-in-one mobile phone comprising computers, smartphones, and satellites functions.

While 5G and satellite communication technology complement each other, low-orbit satellites can produce high traffic, thus it will be the development trend of telecommunication sector in future.