SINGAPORE - Media OutReach - 9 July 2021 - After announcing her departure from radio on Monday 28 June 2021, DJ Maddy Barber was egged on by co-hosts Divian Nair and Andre Hoeden to sponsor a radio giveaway and ended up conceding to a $50,000 MADLY bespoke jewellery giveaway! Last Friday, Jovan Teo and Eveleen Liew proposed to each other on air to a resounding #MadlyYes, and this week, not one but two lucky winners, Marianne George D'Cruz and Adeline Tan, have won a MADLY Upgrade worth $10,000 each.

Avid listeners of Kiss92 on the morning school run, Adeline Tan was urged by her three children to take part in this jewellery giveaway. Adeline's journey to becoming a mother was a difficult one. After multiple failed fertility treatments, she finally conceived her three kids (a 9 year old son and a pair of 5 year old twins) in two rounds of IVF. However, after pregnancy, she found that she could no longer wear her wedding band and engagement ring. With this MADLY upgrade, she hopes to create a unique family heirloom which represents all five of them, a ring that she can pass on to her daughter someday. ⁣⁣

Marianne George D'Cruz has a love story that moved the team to tears; a story of steadfast and everlasting love between husband and wife. After giving birth to her first son, she suffered from postpartum depression, and in one of her breakdowns, flew into a rage and threw her wedding ring against the wall so hard that the Diamond cracked. The ring was beyond repair. Her kind and loving husband wanted to replace it with a similar one, but even 27 years after the incident, she still felt guilty for what she had done and unworthy of a new ring, until now. Marianne gave a heartfelt dedication to her husband on air, saying that she "wouldn't change anything in the world" about what they'd been through and that he was her "pillar, rock and gemstone all rolled into one".

The final giveaway will be on Barber's last radio show on the 16th of July, and is cheekily titled 'Give Maddy The Finger'! It's the search for Singapore's longest ring finger. To participate, listeners just have to share a picture of their ring finger next to a ruler with the hashtag #GiveMaddyTheFinger on Instagram or Facebook. Two winners will be chosen and participants are encouraged to have fun and get creative with their entries. 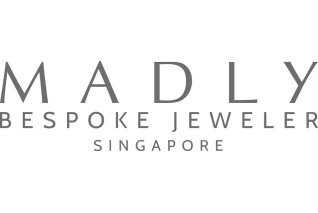 MADLY is a vibrant and colourful bespoke jewellery brand which stocks the finest 0.1% of coloured gems from around the world. First and foremost a design house, the MADLY experience breaks free from norms that people expect from fine jewellery. Their bespoke, coloured gemstone pieces are made specially for each client; designed with bright, vivid colours to celebrate an occasion, crafted with all their tiniest quirks in mind and made to last generation after generation. Whether your piece is a symbol of power, a statement of freedom, or a sparkly reminder of those nearest and dearest, MADLY's bespoke service offers you the chance to create meaningful coloured gem jewellery that speaks of who you are and who you want to be. 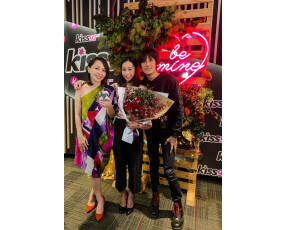 Love ‘On Air’ – Couple Proposes on Radio to Win a $10,000 Bespoke Jewellery Experience 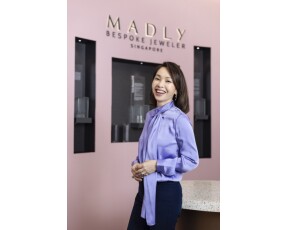